Nurtured with green, Akola is a peaceful city which is 584 kilometers from Mumbai, the capital city of Maharashtra. Lifestyle, entertainment and nightlife are seen in abundance in Akola city, while sports and education are equally entertained.

For people of Akola, the lifestyle is simple and healthy yet entertainment is part of their life. When it comes to living, population of Akola is a unique mixture of agriculture and IT sector. Most of the youth are bent towards completing graduation and entering IT field, while the city is equally contributing in agriculture by being the largest production house for cotton in India. The majority of the mills in Akola are cotton manufacturers or oil manufacturers.

Literacy percentage in Akola is high, they live close to the dream city Mumbai (Bombay) and the lifestyle is highly influenced by the culture of Mumbai. Shopping, entertainment and night life is enjoyed by the local folks of Akola. 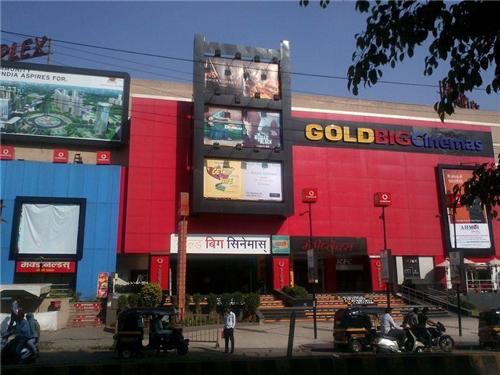 Entertainment and Nightlife in Akola

Though Akola is a mid-town, it is one of the cities which is developing at a fast pace. Word is that, real-estate in Akola is interested in investing towards commercial development such as malls and multiplexes. Akola already beholds six popular movie theaters. However Big Cinemas and Radha Krishna Adlabs, which are located on Murtizapur road and NH6, respectively are very popular and offers entertainment at a very reasonable price. For instance, the latest movie ‘Entertainment’, which stars Akshay Kumar, shown at Big Cinemas, Akola has the prices as 100 Rs/- for silver class, 120 Rs/- for gold class and 140 Rs/- for platinum class, isn’t that reasonable? And the shows run till midnight.

Akola has been a great host of numerous state level as well as national level tournaments and has a great taste in sports. Popular sports which is played among the people of Akola city include Cricket, Carrom, Volleyball, Football, Hockey, Boxing, Kabaddi, Badminton, Chess, etc. Akola is not only a good host to indoor and outdoor games, it is also home to couple of grounds and sports stadiums namely Lal Bahadur Shastri Stadium and Vasant Desai stadium. Lal Bahadur Shastri Stadium is close to Sundarabai Khandelwal Tower and is a landmark of Akola city, the stadium is popular for hosting games like Football, Cricket, etc. Vasant Desai Stadium is famous for hosting the district level tournaments like Volleyball, Swimming and Running etc.

City Sports Club, Officer's Club and PDKV's Sports Stadium are some of the important stadiums in Akola City, however, one of the most prized possessions of Akola city is Akola cricket Club also referred as ACC, where the Ranji Trophy was held in 1983-1984.

There are plenty of market places in Akola, filled with a vast variety of cotton fabrics and dress materials. People from nearby localities often travel to Akola to buy these fabrics at a reasonable price. Old cloth market near Subhamdard and Tilak road are popular places for buying cotton fabric. Apart from cotton, one can also find apparel, accessories and other gadgets in these shopping areas.