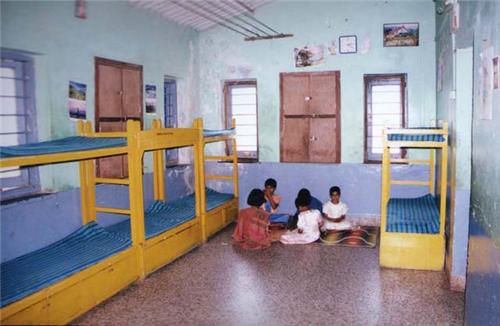 Akola has a moderate population of 427,146 as per the 2011 census. Since becoming a tier II city, several people from the surrounding districts have moved to Akola and have become a part of a well-formed society. The improvement in medical and tourism industries has resulted in the formation of a well-cultured and educated society.

On the other hand, the changing lifestyles, rising costs of healthcare and medical facilities and in some cases, poverty, have affected a certain section of people negatively. Many are unable to afford advanced treatments in spite of their availability. The homeless are unable to find shelter and the children do not get the necessary education in spite of supportive housing and literacy schemes. The reach of the governmental entities extend only so far and it is in these situations that a Non-Governmental Organisation (NGO) is very useful.

A gradual increase in the population has given rise to several Non-Governmental Organisations in Akola. Some of these organisations are funded and others are volunteer-based firms. Many of these organisations are focused on social welfare, education, women and children empowerment, support for senior citizens, support for the blind and also orphanages. Many of these NGOs have also involved themselves in governmental welfare programs namely the pulse polio and other vaccinations schemes.

Sanskar Foundation is a well known NGO in Akola. Their areas of operation extend from aid to the elderly to micro-financing. They have their operations in every major sector of social welfare i.e. Civic issues, education, Human Rights, Legal Awareness, Health and Environment.
Telephone: 0724-2451288/2450100

The Late Abasaheb Khedkar Shikshan Sansthan is another NGO which is predominantly into education, family welfare, HIV AIDS awareness, Technology and Communication and Disaster Management.
Telephone: 07258-226680

Late Kanubhai Vora School for the Blind, a noble entity, aided initially by the international group Home of Hope is a school which trains blind children up until seventh grade so as to empower them to become self-sufficient and/or qualify them for formal employment. One of the goals of this school is to provide aid for surgeries for children who qualify for partial restoration of vision.

The Savitribai Fule Pratistan is a charitable organisation in Akola that functions as an Old Age Home, providing care and support to old individuals in need.
Phone: +(91)-9922423576

With increasing needs, it is vital for these NGOs to exist so as to maintain a balance between infrastructure development and societal welfare. Through combined efforts of these NGOs coupled with the educated people of Akola, there is hope for a brighter future for the less fortunate.