Akola is located in the north eastern part of Maharashtra. Having been ruled by many different dynasties, Akola has a unique historical significance. Akola is an old city which has references from the time of Mahabharata. Considered a portion of the ancient Kingdom of Vidharba, it is also said to be a part of the Maurya Empire, the Khiljis and the Mughals.

The recent incorporation of medical advancements in the facilities of Akola has made it a popular destination for medical tourism. The rich medical infrastructure makes it an excellent venue for training of advanced medical procedures and attracts students from all over Maharashtra.

There are many interesting places to explore in and around Akola. Be it academia, personal interest or just a casual vacation, Akola offers a reasonably good opportunity for the traveling enthusiast.

Shegaon is located in Buldhana District which is easily accessible from Akola. The Gajanan Maharaj Sanasthan is located here which is also fondly called the “Pandharpur of Maharashtra”. It is a famous temple by virtue of its spic and span courtyards and the polite sevaks of the Trust.

The Narnala Fort is a famous hill fort situated in Narnala District. The fort derives its name from the Rajput ruler Narnal Singh. Established by the Gond Kings in 10 AD it was captured by the Mughals and rebuilt. They renamed the fort as Shanur Fort, an alternative name which is sometimes used even today. The fort contains a lake within which is said to possess healing properties and was also once fabled to contain the philosopher’s stone.

Narnala District also hosts a Wildlife Sanctuary. This sanctuary contains a variety of trees namely teal, salai and kusum. The sanctuary is also home to many leopards, sambars and a variety of bird species.

The Nehru Park is a popular tourist destination in Akola. Situated within the main city, the park gained considerable amount of fame by installing the first 3D Planetarium in India. The park also has a few familiar attractions namely the musical fountain and laser shows. An attractive facet of the laser show is the display of pictures on water curtains through laser projection.

Akola has a fully functional domestic airport, The Akola Airport and runs flights to and from Akola to most of the major cities in India. The nearest international airports are based in Nagpur and Aurangabad.

Akola has excellent railway connectivity to most of the major cities in India. Akola Junction is the main railway station of the city and the frequency of trains to and from this place is very good.

Akola lies on the NH6 which runs all the way from Hazira up to Kolkata. The city also lies on the State Highways 68 and 69. The state transport runs several buses to Akola from other cities. Additionally there are always private tourist buses and holiday packages available.

Best Places to Stay in Akola 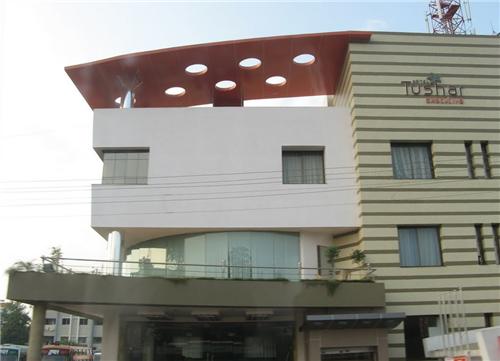 Ever since becoming a tier II city, Akola has seen a gradual rise in the number of hotels. Some of the popular hotels in Akola are the Jasnagra Hotel, Greenland Cottages Hotel, Center Plaza Hotel and Regency Hotel. There are a few other hotels which offer economy rooms such as Hotel Rising Sun, Hotel City Pride and Hotel Kalyan.

Things to do in Akola

Akola is still growing as a city and most of the shopping destinations are handled by individuals and small businessmen. The city does not have a metropolitan infrastructure yet and shopaholics have very limited places to shop. Apart from shopping destination you can visit some of the famous restaurants to relax and have some quality food.